Trullo in Sierri is a luxurious property, which is made up of two main units, a newly constructed villa and an antique Trullo, which dates back to the early 1920s.

The Trullo has been perfectly restored and furnished in style and is an ideal guesthouse. Immersed within a spectacular olive grove, with a stunning view of the Adriatic Sea Trullo in Sierri is located in Carovigno, in the Alto Salento area of Puglia.
The main villa was built in 2012 and was constructed using the most modern techniques to guarantee energy efficiency. The final result is a property, which is able to mix up to date building techniques with a traditional Mediterranean style to give a perfect combination of luxury and comfort.

The main villa of Trullo in Sierri is made up of a ground floor covering 105 square metres to which is a 40 square metre pergola and a 33 square metre veranda are attached.
There is also a 60 square metre roof terrace, where you can sit back and admire the impressive sea view.

Internally attention has been paid to every detail of the villa, including the materials used in the construction and finishing.
In Trullo in Sierri guests are welcomed into an light and open living space, roughly 30 square metres in size, from which you can exit into the furnished veranda, measuring roughly 33 square metres, sit back in the sofas and enjoy the more than pleasant Puglia climate.

Within the villa there are two bedrooms and two bathrooms. The main unit is completed by a large, 44 square metre, garage with a traditional metal door which could become another mini apartment.

The Trullo has been completely restored and is actually an improvement on the original construction. The white and grey stones give the feeling of going back in the past to relive the old times in the Salento area.

The restoration work was carried out by local specialist craftsmen who maintained the original materials and characteristics of the Trullo. Traditional furnishings have been used to maintain the character as well as modern amenities such as a kitchen,  a study area, bed and bathroom.

The main area was built in 2012, with the focus being placed on being as eco friendly as possible.
The property has a solar panel system, which produces 3kw and gives an annual income of 2400 euros.

Trullo in Sierri is a green oasis within Puglia with its lush green lawn mixed with almond trees and 88 olive trees, some hundreds of years old. The garden contains many types of plants including the renowned “Macchia Meditteranea”.

Trullo in Sierri is located just 8km from both the centre of San Vito dei Normanni and Carovigno. The nearest sandy beach is the uncontaminated Punta Penna Grossa, which is only a 10 minute drive. Trullo in Sierri is positioned in such away that all of the Salento’s most important touristic areas are just a short drive i.e. Ostuni “La Città Bianca”, the White City, is only 12km away. 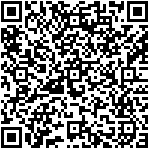